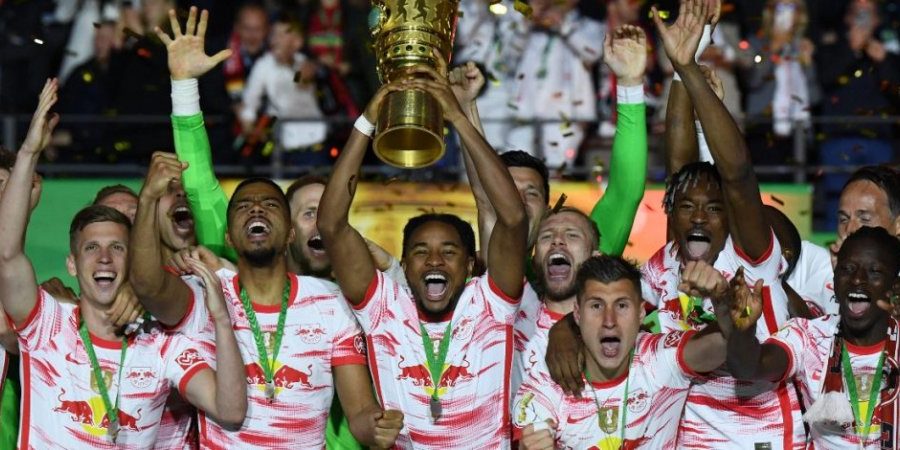 Haidara Amadou “Doudou” (a substitute in this match returning from injury) with his club Leipzig won last Saturday its first German Cup. The first title in the club’s young history, beating Freiburg on penalties (4-2, 1-1 at the end of regulation time) after playing for a long time with ten men, Saturday at the Olympic Stadium in Berlin.

It was the third final for the East German club, which is funded by Red Bull. Founded in 2009, RB Leipzig have enjoyed a meteoric rise to the Bundesliga in 2016/2017 after four promotions in seven years.

Twice runners-up to Bayern in the league, they lost their first two cup finals to the Bavarian giants in 2019 and to Dortmund last year.

It was Frenchman Christopher Nkunku, voted Bundesliga Player of the Year, who sent both teams into extra time with a 76th-minute equaliser. Maximilian Eggestein had opened the scoring in the 19th minute for Freiburg.

Leipzig were reduced to ten men in the 57th minute when defender Marcel Halstenberg was shown a red card for holding back a lone striker on goal.

Freiburg captain Christian Guenter and striker Ermedin Demirovic missed their shots on goal as Leipzing made no mistake. It was the first time in eleven years that neither Bayern nor Dortmund had reached the final.