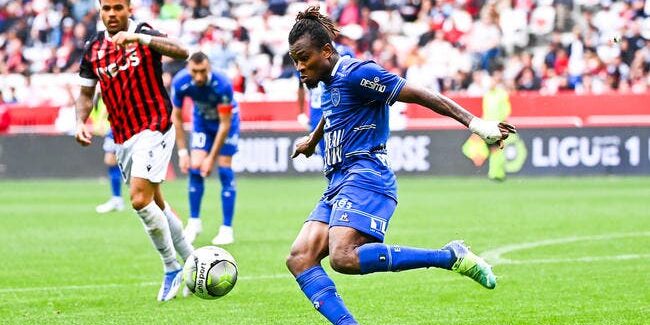 Youssouf Kone has returned to OL after a loan spell at Troyes last season (making 21 appearances in Ligue 1), but this time he is on loan to AC Ajaccio without an option to buy. The two clubs announced it on Tuesday.
The left-back is leaving OL for a few months. It’s a great way to get to know each other,” he said, “and I’m sure that we’ll be able to make the most of it.

The French club have announced that Youssouf Kone will join a fourth club on loan this season. The Malian academician is leaving for AC Ajaccio.

Arrived in great pomp at OL during the summer of 2019, Youssouf Kone was to take the place of Ferland Mendy at left back. He is under contract until June 2023, he will finish his Lyon adventure in Corsica. It is a loan deal without an option to buy for the Ligue 1 side currently bottom of the league. For Kone, it is the fourth loan in two years after Elche in Spain, Hatayspor in Turkey and Troyes last season in Ligue 1.