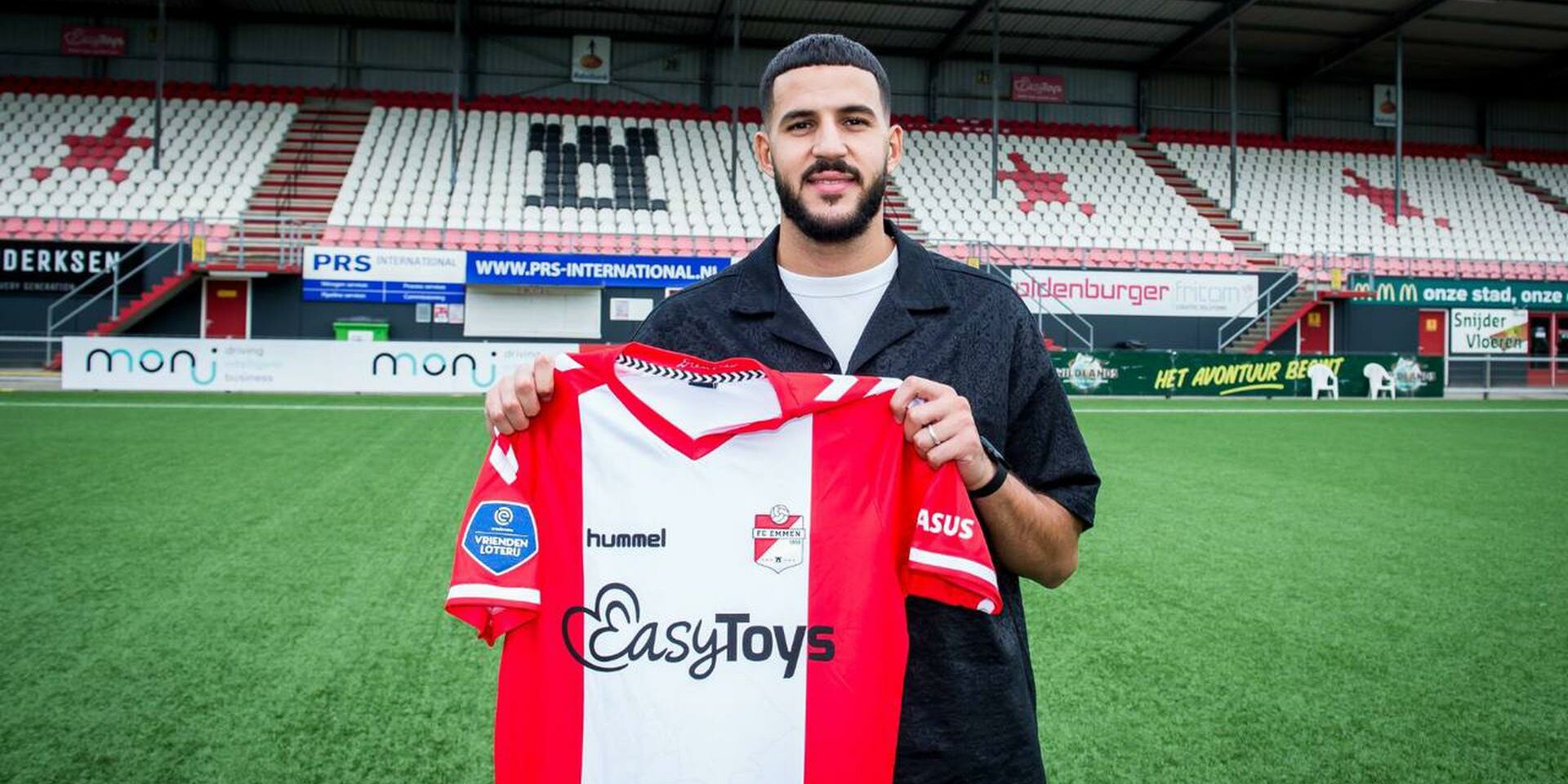 Ahmed El Messaoudi will wear the red and white of FC Emmen this season. He signs a one-season contract with the Drenthe Eredivisie club, with an option for a second season.
The 27-year-old Belgian made his debut in Belgian professional football in 2013 at Lierse SK as a defensive midfielder. After loan spells at Standard Liege and KV Mechelen, he joined KV Mechelen permanently in 2017.

In the 2018-2019 season, the Dutch public got to know El Messaoudi, when he played for Fortuna Sittard on loan. He had a good season and was transferred to FC Groningen.

With the green and white team, he gradually started to play more and more as an attacking midfielder (whereas when he played at the Lierse Academy he played as a central defender). In total, he scored ten goals for Groningen in 51 Eredivisie matches. Last season he played for Gaziantep FK in the Turkish Süper Lig.

President Ronald Lubbers: “With Ahmed we add a versatile midfielder to the squad; he can play in all positions in midfield and fits our way of playing.”