YAYA TOURÉ IN THE FOOTSTEPS OF HIS BROTHER KOLO 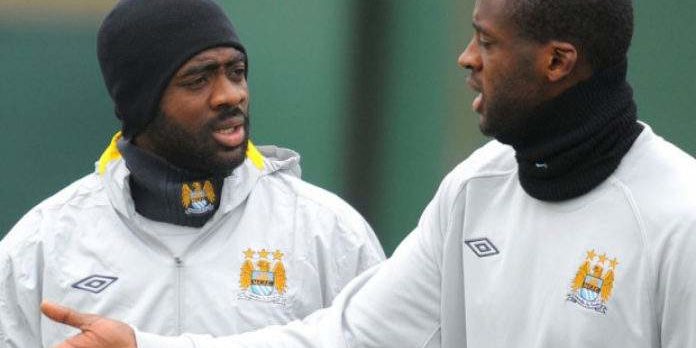 Winner of the 2015 African Cup of Nations in Equatorial Guinea with the Elephants of Côte d’Ivoire against Ghana (0-0, TAB 9-8), Yaya Gnégnéri Touré, 37, seems to be resigned to hang up his boots, to get his coaching degrees with opportunities to manage young footballers in English clubs.

Like his older brother Kolo Abib Toure, now assistant coach to Brendan Rodgers at Leicester City, former Ivory Coast captain Yaya Gnégnéri Toure is preparing to earn his first coaching qualifications with opportunities to manage young footballers at English clubs like Queens Park Rangers and Blackburn. Last year’s African Footballer of the Year, Yaya Gnégnéri Touré joined Leyton Orient in training, but has now expressed his desire to follow a similar path to that of his brother Kolo, who is an assistant coach.

One of the best African players of all time, Yaya Gnégnéri Touré, who won three Premier League titles during his eight-year stint at Manchester City, said he had learnt from young coaches in the league and led training sessions. “The Coronavirus pandemic made things difficult in many ways, which was the reason I left Qingdao Huanghai in China in early 2020, but it gave me the opportunity to learn,” Yaya Toure wrote, on The Coaches Voice.

“I took the opportunity to start my coaching qualifications and think about the next step. I have already made good progress in getting my qualifications. But sitting in an office all the time is not me. I want to be out in the field, interacting with other people, exchanging ideas. I was very lucky that Chris Ramsey gave me the opportunity to do that at QPR. I got to run training sessions with the younger age groups, watch Chris coach and learn from him, as well as many other good coaches like Andrew Impey and Paul Hall. They pushed me to learn and showed me what it takes to be a top coach,” said the Bouaké native, who also played for Barcelona, with Lionel Messi and Cameroon’s Samuel Eto’o Jr (2007-2010).

“I also had the chance to go to Blackburn, thanks to Stuart Jones, and the PFA, through Geoff Lomax, also offered me great opportunities. I’m learning all the time and I love it! At QPR, after the sessions, I spend time with the players talking. It’s really amazing to see how committed they are. They want to achieve as much as I do and they always want to learn to be better. It’s incredible to be able to help them, and I’m delighted to have this chance,” concluded Yaya Toure, who is one of the living legends of Ivorian, African and world football.