THE “VAR” THE FUTURE OF ARBITRATION… 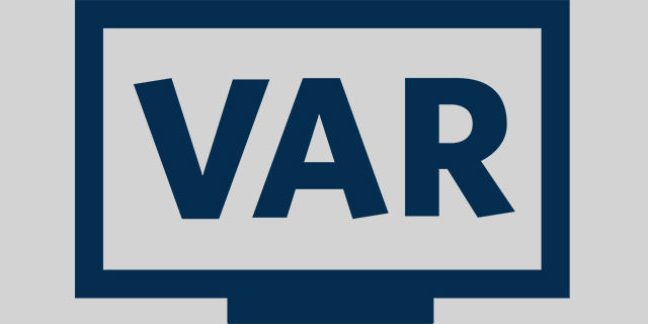 The “Var” is the talk of the town every weekend. Sometimes for the good, but often for the bad. Too long in France, where each referee has a lot of trouble to go back, despite the pictures, on their first decision. In England too, not for its slowness but there, for something else, having unfortunately nothing to do with this system.

The last avatar of the “Var” took place during the match between Wolverhampton and Leicester, to the detriment of Wolverhampton, who for a toe sticking out was denied a goal that would otherwise have been valid. It would be the fault of the “Var” cried out the opponents of this advance towards greater justice in football.
Indeed, refusing a goal for a misplaced toe seems frankly out of place.

Actually it’s not. What it is is the offside rule from people who do not know football and who are the real culprits. The “Var” only applied a rule that everyone thinks is stupid. But, a rule is never stupid, it is the people who decide on it who are stupid.

So, please, let’s stop attacking the “Var”, which will become more and more indispensable given the mediocrity of the referees and the difficulty of refereeing well without his help. Let’s find the real culprits, those who regulate football without really knowing it and let’s militate for good rules that are easy to interpret…

The referees as they were before the “Var” will no longer be the same. Those on the sidelines are no longer useful, Platini’s invention with the two clowns behind the goals seems to have disappeared. All that remains is to entrust all decisions to a “Video Referee” assisted by one or two referees on the pitch to enforce the decisions he makes.

Let us add that this should easily remove any suspicion of corruption against the referees. Indeed, for these “Video Referees”, held in secrecy not knowing themselves which match will be entrusted to them 10 minutes before the engagement. It is hard to see how they could be corrupted. Especially since the possibility of reviewing the images and decisions taken by this “Video Referee” will protect us from any ambiguity and will guarantee the selection of the best of them, without discussion.