AMINE KHAMMAS IS THE REVELATION OF THE BELGIAN D2 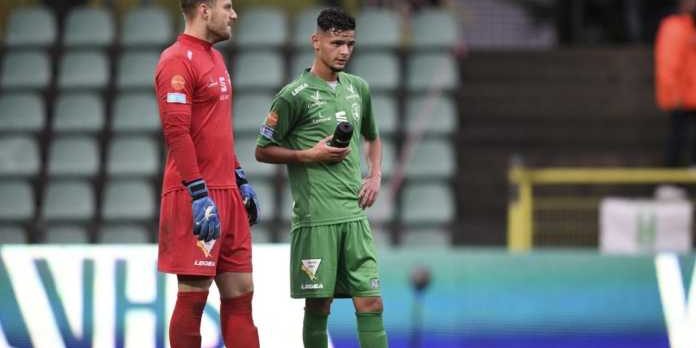 KRC Genk’s management were hoping to recruit Yan Vorogvskiy from Beerschot VA, except that the coach said he was looking more to his left full-back on loan at Lommel SK in Belgian D2 Amine Khammas.

Peter Maes quotes : “The player is now the revelation of the Belgian D2”. He also reveals that a contract is totally ready to sign the young Belgian-Moroccan next season. With Jere Uronen and Neto Borges as rivals in his position, two other Belgian clubs are looking at Amine Khammas, namely Royal Antwerp and La Gantoise.
Amine Khammas was born in 1999 and grew up in Antwerp before training at the JMG academy in Lierse. At the age of only 18, he is on loan for one season to FC Den Bosch in the Dutch D2 and this season to Lommel SK in the Belgian D2. He has had an international career in the lower categories in Belgium and Morocco. Amine Khammas will be a Jupiler Pro League player from next summer.