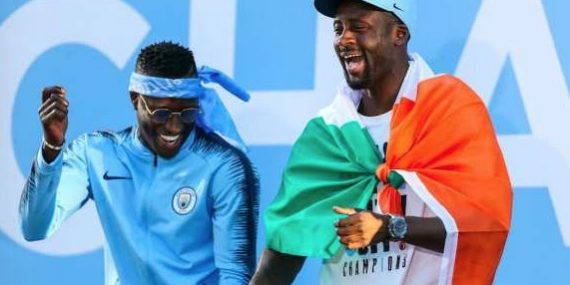 For eight years, Yaya Touré has built himself a legendary status in Manchester by winning three English championship titles, a FA Cup and an English League Cup. The player made his mark and Manchester City paid him a fabulous tribute.

According to the Manchester Evening News, the new English champion will rename his training ground after Yaya Toure. As part of this name change, the club inaugurated a mosaic representing a goal celebration of the Ivorian. Of course, the former captain of Côte d’Ivoire is very proud of the attitude of his former club.

“It’s a great thing. It lets me see how important I’ve been to the club. Seeing Manchester City make such a gesture is special. That means I’ll always be at the club. And I feel privileged compared to players like Joe Hart, Pablo Zabaleta who also stayed a long time and didn’t get that chance. »