BLANKSON ON LOAN IN LUXEMBOURG 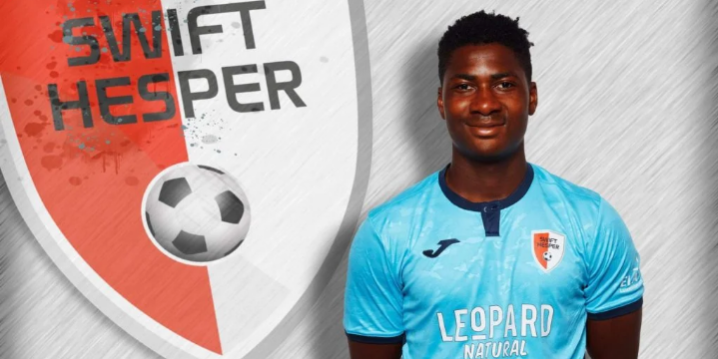 Blankson arrived in Clermont-Ferrand in the summer of 2019 with his teammates from the JM Guillou Academy, and will continue his career at FC Swift Hesperange, who are in the Luxembourg first division.

After an initial loan spell in 2020-2021 at CF63 satellite club Austria Lustenau, Blankson will take the next step at just 20 years of age with a non-optional loan deal that brings him to a football that has made great strides in recent years with the progression of the Luxembourg national team to 96th in the FIFA world rankings and clubs such as F91 Dudelange, improving their European results.

Promoted to the “National Division” in 2020 and having maintained itself during the 2020-2021 season by even qualifying for the UEFA Conference League thanks to its 3rd place, Hespérange wants to continue its progression and is coached by Frenchman Vincent Hognon.

The championship starts this weekend with a first game away against Racing Union de Luxembourg-Ville.

The player is under contract with Clermont Foot 63 until 2023 and did the pre-season preparation under Pascal Gastien.