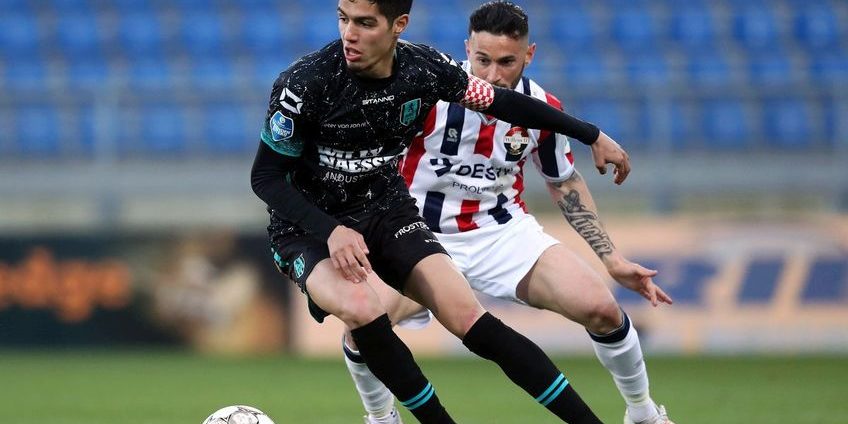 CFR Cluj, crowned Romanian champions for the fourth consecutive season on Tuesday, have made a new transfer for next season. Belgian midfielder Anas Tahiri, 26, will arrive in Gruia.
After winning the title, the management of the “vișiniilor” has already started preparing for next season, where they will attack the Champions League groups. After settling the transfer of Algerian defender Rachid Bouhenna and defensive midfielder Jonathan Rodriguez, CFR also agreed on the transfer of central midfielder Anas Tahiri.
Tahiri is a Belgian central midfielder of Moroccan origin who has played in the Netherlands for the last 3 years at RKC Waalwijk. At the end of this season, Tahiri will be free of all contracts and will join CFR Cluj.

Before playing in the Netherlands, Tahiri only played for Belgian teams. He started out at JMG Lierse, then moved to Lierse SK, and in 2018 he made the move to the Netherlands. At Waalwijk, 15th in the Eredivisie in the 2020/2021 season, Tahiri’s share has risen from €150,000 to €550,000, according to Transfermarkt.com’s valuation.

Tahiri’s transfer comes at an opportune time, as Mihai Bordeianu will return to Al Qadisiyah in Saudi Arabia and Ovidiu Hoban could retire. On top of that, CFR could also be without Luis Aurelio, as the Portuguese midfielder’s contract expires at the end of this season.