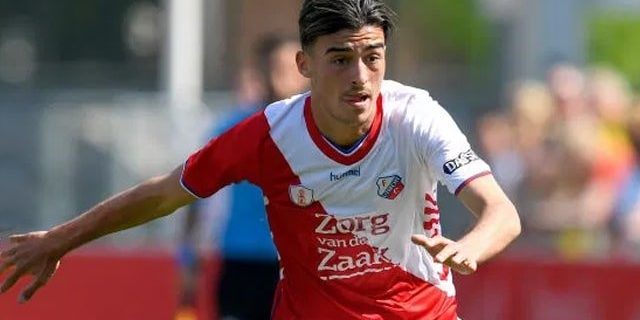 After Fomba, Sarr and Benrahou, the crocs (Nîmes) are now preparing for the 2020-2021 season. The club’s goal is to recruit Mehdi Lehaire, a 20-year-old Belgian academic attacking midfielder.

Mehdi Lehaire has played 27 games for Utrecht Reserves. He has two goals and two assists this season with Utrecht, the Moroccan 20, who made his debut in Belgium for SK Lierse, will not extend his contract which expires on June 30, 2020.

Lehaire could arrive this summer to strengthen the Nimois squad happy to keep them in Ligue 1. Mehdi Lehaire has made his arms with the reserve of Utrecht, he will be free of any contract, a boon for Nimes.

Lehaire made his Lierse debut in 2017 in the Europa League play-off match against Standard Liege. He started the game as a substitute before coming on in the 57th minute in place of Othman Boussaid.

On August 17, 2018, Mehdi makes his debut in Eerste Divisie (D2 of the Netherlands) with Jong FC Utrecht. That was during a game against Go Ahead Eagles.