HICHEM BOUDAOUI ON THE TABLETS OF THE SPORTING CP 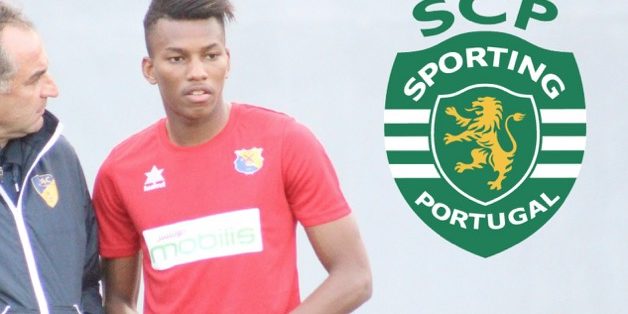 While Islam Slimani is expected to make his comeback in Lisbon, another Algerian player could join him at Sporting CP : the nugget Hichem Boudaoui. The youngest player in the squad and the only local player to be called by Belmadi for the 2019 CAF Africa Cup of Nations in Egypt, the 19-year-old midfielder has a good chance of signing in Europe next season !

The mercato period has started well and the young Algerian international, Hichem Boudaoui, a member of Paradou AC (Ligue 1), is coveted by Sporting CP. The revelation of the Algerian championship would be on the shelves of several French clubs such as Lorient and Angers, and before this latest information indicating an interest of Sporting CP, Boudaoui was coveted at the beginning of May by two other French clubs, namely AS Saint-Étienne and Stade Rennais.

The 19-year-old midfielder, compared to a certain Jean Tigana by coach Belmadi, would follow in the footsteps of his other former team-mates in Paradou who are making a name for themselves in France, Youcef Atal and Ramy Bensebaini. Moreover, the native of Béchar is the only local player on Belmadi’s list for the 2019 CAF Africa Cup of Nations in Egypt. Which gives an indication of his undeniable talent.

Even better, three other players from the club dear to FAF President Kheireddine Zetchi could also join Europe this summer. They are Zakaria Naïdji (top scorer in the league with 20 goals), Adam Zorgane and Haithem Loucif. They all signed with the same French agent who exclusively manages (!??) the interests of the Algerian training club, a certain Jean-Marc Bellefont. French, German, Belgian and Portuguese clubs are studying these files proposed by this French agent domiciled in Barcelona and totally unknown in the field. The outcome of these cases would be a very good deal for the Paradou, whose president and owner of the club, Kheireddine Zetchi, had recently stated that the club had managed to earn no less than €3 million by transferring some of its petites abroad.

A successful strategy for CAP leaders !

After an unsuccessful attempt by the first generation (Ibouzidène, El Mouden, Benrabah) at Paris FC in 2012, defender Ramy Bensebaini was the first PAC academician to cross the Mediterranean in 2014. After being loaned to the Belgian club of Lierse SK and then to Montpelier HSC, Bensebaini was transferred in July 2016 to the Stade Rennais (via Rolland Courbis for 1.8 million euros according to the indiscretions). This was the first major operation carried out by the Zetchi brothers, followed by the loan with option to purchase (550,000 euros) of the rising star Youcef Atal to the Belgian club of Kortrijk, which then sold its player to the OGC Nice for nearly 3.5 million euros (the CAP would have benefited from 20% of the resale). The Paradou AC also transferred its international law winger Farid El Melali, in the summer of 2018, to the Angers SCO for an undisclosed amount directly negotiated between Kheireddine Zetchi and Saïd Chabane, the Angevin president.

With a 3rd place in Ligue 1 Mobilis and a participation in African competition next season, the ambitious club of Paradou AC has found its business model by training and revealing talented players and then lending them with option to purchase or transferring them directly to Algeria (JSK, MCA, USMA, MCO) or better abroad. Undoubtedly, only work and investment in training pay off. An example for all Algerian clubs to follow in these times of financial crisis !