BENSON, A GREAT SEASON AND A SELECTION WITH THE BELGIAN U21 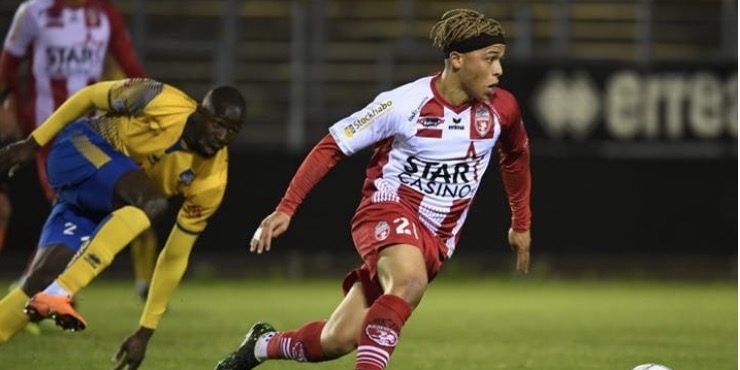 Manuel Benson doesn’t yet know what his future will be like, he says : “I don’t know, I don’t think about it. I especially want to finish the season here by playing as much as possible and we’ll see at the end. My manager and Genk will discuss it” But of course, the winger dreams of one thing : taking revenge in Genk, where he struggled after being transferred from Lierse. Benson remains a supporter of “his” club and hoped to celebrate the title on Sunday… knowing that his luck might be coming. “We know that after such a season, there are a lot of departures, maybe I can take advantage of it. They know what I’m doing here and I just have to keep working,” says Manuel Benson, who seems to be sharp after six weeks away.
The winger remains on a superb season and hopes to receive his chance in Genk, who lent it to Mouscron, and also through U21 coach Johan Walem, who has given a list of 26 players for the Euro to be held in Italy in June. In this pre-selection we find Manuel Benson, and for the friendly against France, Walem will start with 24 players.