NAIDJI ALONE AT THE TOP OF THE SCORING CHARTS, A GREAT OPPORTUNITY FOR FRENCH CLUBS 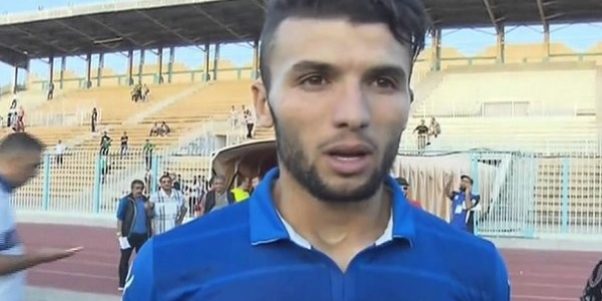 The winter mercato is approaching and the opportunity will present itself for the clubs of the French Leagues 1 and 2 to bet on good moves. Among these good moves, the Paradou CA striker, Zakaria Naïdji. France Football came back to this track saying: “It was expected: it’s finally its season. Zakaria Naidji, 23, dominates the Algerian league scoring charts with an excellent 11 goals in 14 games. With the Paradou, a team from the Jean-Marc Guillou Academy in Algiers, from which the Nice Youcef Atal or the Rennes Ramy Bensebaini come, Naidji wears the Paradou AC, a 100% Algerian L1 training club”. He added: “He has been suffering from injuries for the last two seasons and should have joined a European club by now to continue his progress. What should eventually happen to this surface hunter…. Mobile, intelligent in his travels, the young Algerian is very skillful in front of goal. International U23, he should soon be knocking on the door of the A’s.” Even in Algeria, several clubs are following in the footsteps of the current top scorer in the league, including ES Setif and CR Belouizdad. However, the PAC management refused to release him except to try an experiment abroad.

Paradou AC striker Zakaria Naïdji, who scored his 11th goal of the season on Friday 16 November in his team’s home win over CABB Arréridj (2-0), took the lead in the scoring charts.

The player, trained at the JMG/PAC Academy, scored the second goal for his team (43rd), managing to make the break after Benayad (24th) opened the scoring.

Naïdji now has a goal in front of DRB striker Tadjenanet Karim Aribi (10 goals), who scored twice on 10 November in the draw against CS Constantine (3-3) in the away game.

“My goal is to finish as the top scorer of the season. However, if the opportunity arises to leave the CAP at the winter mercato for abroad, I will not say no. There are contacts, but nothing concrete,” Naïdji told the press.