BONGONDA PROGRESS SOUND BY FRANCKY DURY: “The road to the top is long” 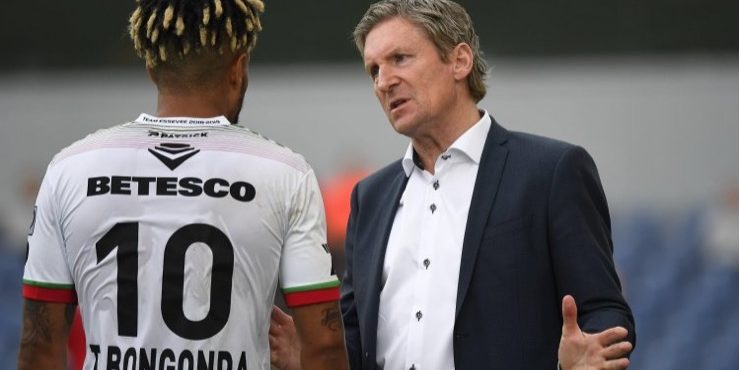 With five goals and four assists, Théo Bongonda had a very good first half of the season with Zulte Waregem. But it is especially in recent weeks that it has grown in strength.

The proof with his five-star performance against Bruges : Theo Bongonda is back to his best level. In the last six outings, he has scored four goals and provided three assists. And it is no coincidence that this return to the highest level coincides with Zulte Waregem’s gradual rise in the Pro League rankings.

However, Bongonda’s start to the season was not as satisfying and Francky Dury has no difficulty in acknowledging this. “If I’ve had more work with Theo than with other players? Phew! Yes, but Theo knows that everything we do with him in Zulte Waregem is to help him improve,” insists the Essevee coach.

The road is long

Even if it means making radical decisions. “Did you know that his number ten was taken away from him for a while? You have to see it as a child who comes home with one in ten four and is deprived of a TV by his father,” smiles Dury.

“That’s how we see things with Theo. I still told him what we all saw in him. And now, work pays off. When he came here almost a year ago, he was in the hole. Physically and mentally. The road to the top level is long, and he understands that.”