CHAMPIONSHIP LEAGUE: DENY “Forced to believe in it” 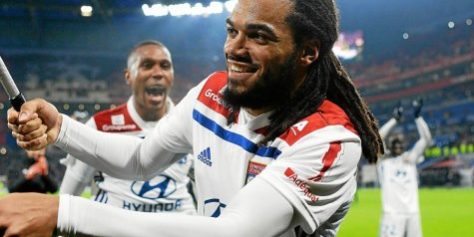 Former Citizen, Belgian defender Jason denayer, who offered victory in Lyon in the derby against St Etienne on Friday (1-0), wants to believe in a new achievement against Manchester City on Tuesday in the Champions League, while a victory would qualify the OL for the 8th final.

Jason Denayer, you’re back in Manchester City that you beat on the way there. Do you think a new feat is possible ?

I think we have to believe it a little bit, otherwise it would be weird to get on a field and play a game with defeat in mind. We have to tell ourselves that we can win a second time. For me, in the first leg, at the kick-off, it was more of a normal game. I was above all focused on myself and tried to do my best. The fact that I won, I was very happy. It was a little special but at the same time not really different from other victories. I wanted to win for the team, for the competition. It had nothing to do with myself, without any particular sense of revenge.

What is your view of the Citizens and is it a regret not to have been able to impose yourself there ?

I was quite young. I don’t think I have any regrets because it has allowed me to get to where I am today. I am happy to have been able to accomplish what I have done in my career so far.

How are your first months in Lyon going ?

Integration was quite easy because there was no language barrier. This has been an asset. The group, where there are many young people, has integrated me well. For the goalkeeper against Saint-Etienne, I am very happy. Scoring in a special game is different from a normal goal. I’m really happy.

The OL have been playing for a few games with three defenders. What do you think of that ?

It is a system that suits us well enough. We have found defensive and offensive stability. It works for us, so it’s a good solution, especially if we continue like this. Individually, it’s fine. I feel comfortable with this device.

How do you see the rest of the LO season at least until the winter break ?

It’s hard to say because I’m used to taking game after game. It’s better this way. I’m mentally focused on the match against City without thinking about the next games. I don’t think this meeting against Manchester City will determine the rest of the season. What is certain is that we have two big appointments this week (Lyon is travelling to Lille on Saturday).

You played for Euro 2016 with the Red Devils before you disappeared from the squad. How have you been feeling about your return to the Belgian team since October ?