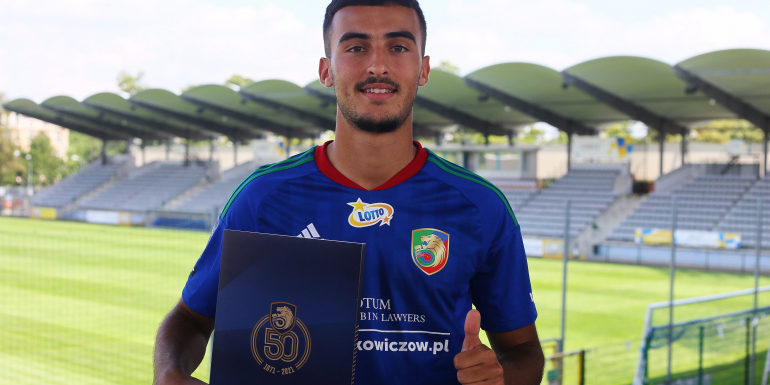 Academy midfielder Mehdi Lehaire, 22, has extended his contract with the Legnica club. The new contract will tie the Belgian-born player to Miedz until 30 June 2025.
Mehdi Lehaire made his way to the third league reserves of Miedz in the 2020/21 season. After some excellent performances in the third league, he was quickly integrated into the first team, where he stayed permanently. In the Miedzi first team, Lehaire has scored five goals so far: four in Fortuna 1 League and one in the Polish Cup.

“I am very happy to have extended my contract with Miedzy and to stay here. After the promotion I set myself new goals. I think I made a good choice by staying in Legnica. I think it will be a great season in Ekstraklasa, both for us and for our fans. Miedź deserves it” – said Mehdi Lehaire after extending his contract.

We wish him good luck for the next seasons in the green-blue-red colours !