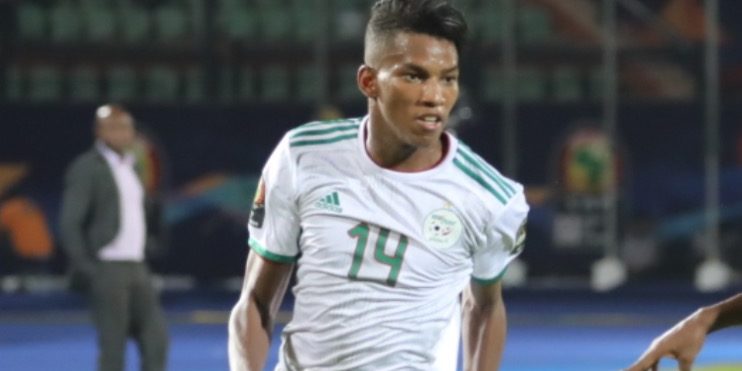 The attacking midfielder of OGC Nice, Hichem Boudaoui, has not been called up for the first day of the CAN 2023 qualifiers against Uganda.

Algeria won serenely against Uganda (2-0), despite a rather severe penalty conceded… and pushed back by Moustapha Zeghba, one player was not involved in this match: Hichem Boudaoui.

The young versatile midfielder has not yet established himself as an undisputed player in the eyes of his coach, but he remains a promising element for the national team. His absence against Uganda, for the first match of Djamel Belmadi’s Algeria 2.0, surprised many.

Indeed, the young versatile midfielder was the victim of an injury contracted in training, the day before the first day of the 2023 CAN qualifiers. This is a serious blow for the academician from Nice who was supposed to start the match at the 5 July Stadium against Uganda. “Hichem was injured the day before the match. Moreover, it was planned that he starts against Uganda,” said Djamel Belmadi in the mixed zone, before leaving for Tanzania.

In addition, the return of the Fennec against the Taifas Stars has not yet been clarified. He remains uncertain. According to the coach, the French Cup finalist with Nice should miss the second day of this continental campaign: “We have done the necessary tests, but I do not know if he (Boudaoui) can play against Tanzania, it might be too little. Apart from Hichem, everyone else is fit.