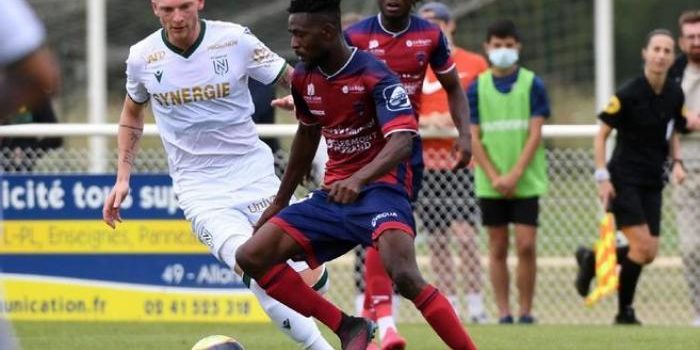 Salis Abdul Samed, a midfielder from Clermont-Ferrand, had a good game on Sunday 21 September against Nice (1-2), but collapsed on his own just after the hour mark. The Clermont-Ferrand player is said to be suffering from a sprained ankle.
He fell down alone, on a support, and we feared the worst for Salis Abdul Samed. On the hour mark, the midfielder went down and the reaction of his team-mates initially suggested a very bad injury.

The stretcher was brought out to evacuate the 21-year-old Ghanaian, who eventually got back on his feet with the help of the club’s medical staff. After the match, Pascal Gastien spoke of a sprained ankle, without of course saying how serious it was.
The absence of the midfielder is likely to have a negative impact on the team’s dynamic performance since the start of the season.

BISSOUMA MAN OF THE MATCH AGAINST GAMBIA
17 January 2022