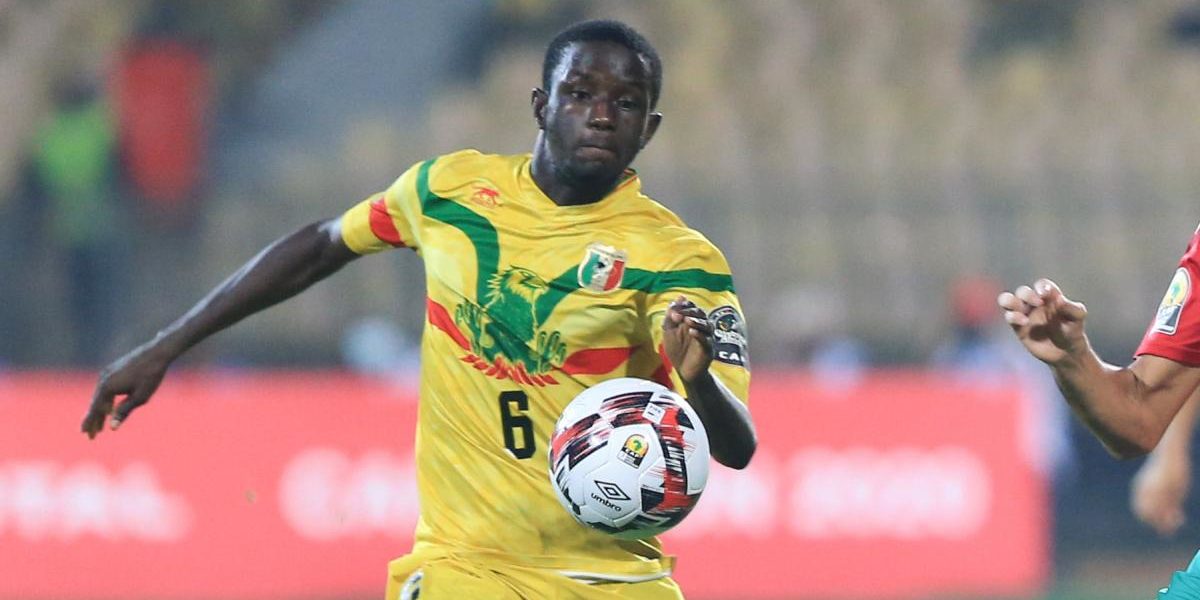 The CHAN in Cameroon had its share of surprises and beautiful stories. Makan Samabali’s is one of them. After starting the competition on the bench, the Malian midfielder found himself in the starting line-up for the CHAN Total final, which he lost to Morocco (0-2). For Onze Mondial, the former Real Bamako player, who has just signed for Al-Faisaly in Jordan, tells us about the unexpected journey of the Eagles of Mali to the final, the political context of Malian football and his ambitions for the future. Interview with the man who tried the adventure in National 2, in Schiltigheim (Alsace), in 2017-2018.

Hello Makan, can you introduce yourself to the readers of Onze Mondial and tell them about your career ?
My name is Makan Samabali, I am 25 years old, I play midfielder and I am a Malian international. I played for AS Real Bamako for a long time and I have just joined Al-Faisaly in Amman, Jordan.

You have just played in the CHAN Total with Mali during which your team reached the final (losing to Morocco 2-0). How did you react when you learned that you were included in the list of Nouhoum Diané, the Malian coach ?I was really proud to be included. It was a real honour because there are very good players in Mali and if you are selected, it is wonderful. It was a pride to represent my country, it made me feel good.

The competition was held in Cameroon, how was the atmosphere ?
It was really good, the pitches, the stadiums… We were really well received. The only problem was the climate, which was more humid than in Bamako where it is much hotter.

What is it like to play an international competition in the context of Covid-19 ?
We couldn’t be very close to the fans because of the virus, but they still supported us by calling us, welcoming us, it was really wonderful.

You played in all the games of the competition but you only started in the final. How do you explain this surprise start ?
It’s true that I didn’t play much at the beginning of the competition, but in the semi-final, Ibourahima Sidibé was injured so I replaced him in the first half. After the qualification, I knew I was going to be a starter in the final, the coach had warned me. It was something really incredible for me, because I didn’t expect it because the coach already had his team, and normally you don’t change a winning team. I was really happy to be a starter. 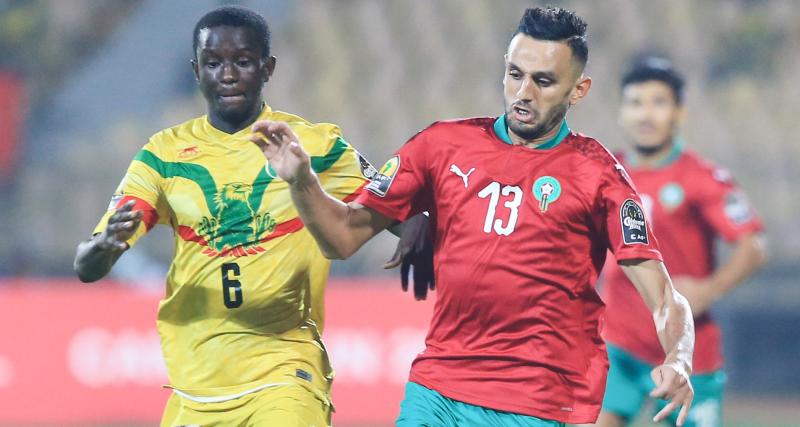 What did Mali lack to beat Morocco in the final? A problem of offensive efficiency ?
It’s not just that, there are too many things that happened. In the first half, we had two great chances and if we had converted one of them, the game would have been different. The Moroccans had fewer chances but they were able to make the difference from two set-pieces, that’s what high level is all about.

You scored your two penalties against Congo and Guinea in the quarter-final and semi-final sessions, did you feel the pressure ?
Of course I was under pressure, but I was also confident. At this stage of the competition, pressure is natural because everyone is watching, family, friends, the people… But I was serene, I knew I was going to score.

Are you a specialist in penalties ?
I often take them with my club, so I had confidence in myself. When the coach asked “who wants to shoot? “I raised my hand without hesitation.

What is your most memorable moment during this CHAN Total ?
The final ! We didn’t expect it at all because we no longer have a championship in Mali, we didn’t have a very good preparation, so to reach the final with the country we love, it’s really a pride.

Why is there no longer a championship in Mali ?
Because of the political situation (Mali’s president Ibrahim Boubacar Keita was overthrown in a military coup on 18 August), there have been difficulties between the leaders for some years. I don’t really know the nature of the problems, but we can’t play the championship quietly, too many things come into play.

What was it like to return to Mali after the competition ?
It was extraordinary, we didn’t expect such a welcome. Everyone came to greet us because no one expected us to be in the final since there is no championship. People were really happy despite the fact that we didn’t win the cup. There were people from the Ministry of Sport and the Federation and also the supporters, they are really to be congratulated. 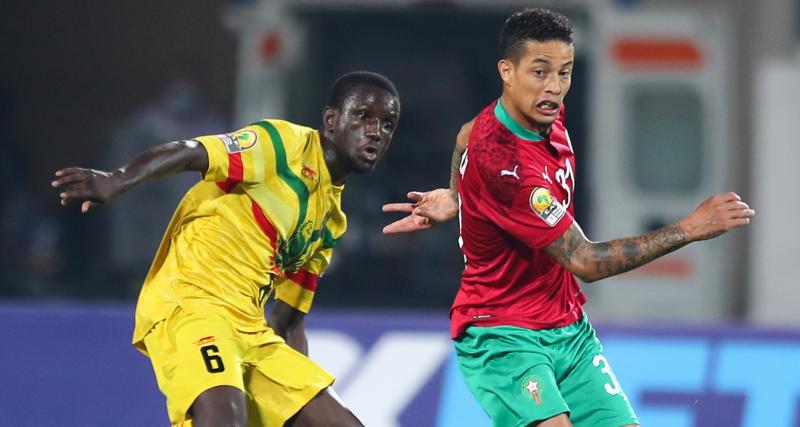 Let’s go back to your career. Before signing for Jordan, you played for Real de Bamako for a long time. What is the level of the Malian league when it is played ?
It’s a good league with very good players. Many of them have already signed in Europe and play in the big leagues, some even play in the Champions League! They have all played here, which means that the league is good.

What was the last match you played with Bamako ?
In the “Carré d’As” (the final stages) of the Malian championship last September against Yeelen Olympique de Bamako (Real de Bamako finished third in the final stage behind Yeelen and Stade Malien, who were crowned champions).

How did you manage during this period without competition ?
I trained at the Jean-Marc Guillou Academy in Bamako and I train with the youngsters when there is no championship. I do personal exercises, I keep fit. So I was eager to play in the CHAN Total because I had not played for a long time. It was really a great pride, representing your country and going to the final, I don’t have the words to describe those emotions. It was really something extraordinary.

You spent a season at Schiltigheim in National 2, in 2017-2018, explain to us how you arrived in Alsace ?
It was Vincent Dufour, a manager from the Jean-Marc Guillou Academy who went with me there on loan. He introduced me to the coach, I did a trial and the coach liked me a lot so he did everything to make me stay. It was good. At the beginning I had trouble with the weather. I left in winter, it was very cold and it was not easy. As time went by, it got better. It was a really good experience, the club and the players welcomed me. I stayed there for six or seven months, I played in the National 2 and then I went back to Bamako.

Why did you return to Mali afterwards ?
My loan ended. The club couldn’t afford to keep me, so I returned to Bamako. I had no other contacts in France. Once I got back, the Academy wanted me to do new tests in Europe, but it didn’t happen as planned.

What do you remember about the N2 ?
It’s more physical, a lot of older players play there. The level is good, the mentality too, in one sentence, it’s not bad!

What are your goals for the future ? A return to Europe ?
This is my main wish as a footballer. I want to go back to Europe, sign for a good club, be known in the football world and represent Mali, which has given me everything. These are my goals.

Do you have a model player ?
Andrés Iniesta. I’m an absolute fan of Barça and Iniesta, he’s the best midfielder I’ve seen play. In France, I like the game of PSG and I also support Rennes because my friend Hamari Traoré plays there. We did everything together at the Jean-Marc Guillou Academy. Hamari is like my brother.