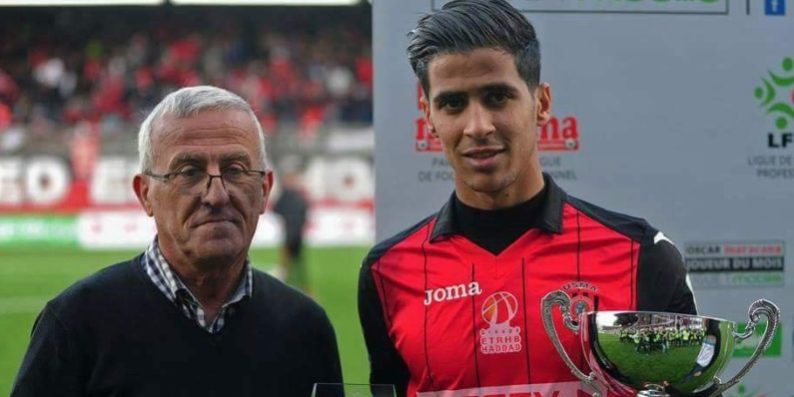 Midfielder Raouf Benguit told us about this 8th title in the club’s history after his fine victory against CSC on the road with a score of 3 goals to 1, telling us that the players never doubted their abilities because they knew they had the means to return with Constantine’s victory.

You managed to win against the CSC. Your first impressions ?
I’m really thrilled. As you saw, we managed to win on the road in a game that was far from easy for us. We had to deal with a tough CSC team that did everything it could to put obstacles in our way, and that’s legitimate because each team wants to win at home. We knew no one was going to give us a gift. We knew above all that we had to believe in our chances until the end and that’s what happened.

Was it the fact of scoring first that freed you mentally ?
It’s true, the fact that we found the flaw quickly in the first half gave us confidence. And despite the equalizing goal, we didn’t lose hope as Ibara managed to score the second goal. In the second race, we didn’t back down because we knew there was a possibility of adding the third. We believed in our chances until we scored the third goal, which kept us completely safe. I am very happy for the USMA because this championship was really not easy.

What do you have to say to those who thought that the USMA lost the title after the failure of the MCO ?
I simply told them that we should not be buried too quickly. Great people never die. We certainly had some difficult moments but at no time did we doubt in ourselves. We knew we had to win this game and that’s what we did in the end. We were heroic in that game. I would like to thank all the players, the staff, the managers and above all the supporters who supported us until the end. They encouraged us and having them at our side was a source of motivation for the whole group.

What is your feeling especially that this is your first title with the USMA ?
It is clear that I will remember this title for a long time because it is the first of my career. I am very happy. I would say that we have been leaders for months. We amply deserve to finish champion this season. It’s a season-long job and we really didn’t steal this 8th star. I hope that this title will not be the last for me and that it will be the beginning of a long series.

A last word for your supporters who came to Hamlaoui in force….
I would like to thank them from the bottom of my heart because they have kept their word. They came to encourage us after the mistake against the MCO. Having them at our side really motivated us. They are supporters who really believe in their team. I am very relieved because we have lived up to their expectations. I hope we were able to make them smile again with this well-deserved title.