RESUMPTION OF WEEKEND MATCHES AT THE BAMAKO ACADEMY 29/09/18 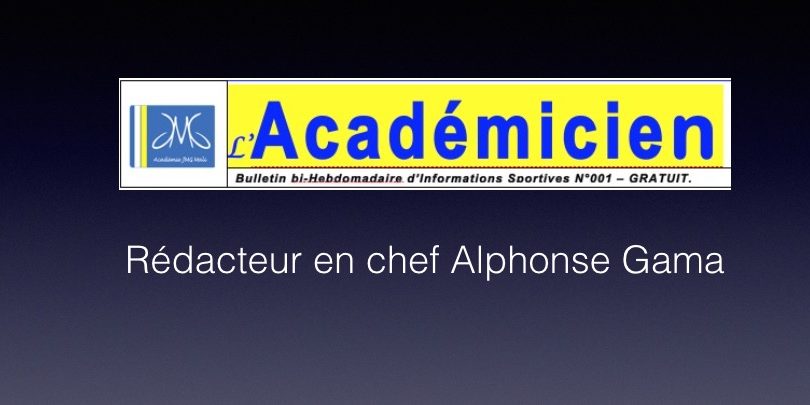 The 5 ruthless promotion for FC Mopti : 32-3
This Saturday, September 29, 2018, the date of the official resumption of the weekend games. The first opponent of the 5th promotion of the JMG Academy came particularly from the city of Mopti….

The 5th class of the JMG Academy of Mali had not yet played a match since its return from the winter holidays. This situation eventually became tiring for the Promotion, when FC Mopti braved the long distance (about 645 km) that separates the two regions to challenge the Academy’s residents who had remained undefeated until now.

8h28. Immediately, the engagement of the 1st third is made by the visitors, that they lose it immediately. Donkon Ronald on the lookout recovered the lost ball and served Emmanuel Darkwa who opened the scoring in the second minute. Besieged by the opponent, the men from the centre thought they had to find their salvation in an ultra-defensive withdrawal to avoid humiliation. Too bad for them. Because, the Academicians will take advantage of this opportunity to spice up the addition to the 4′ 7′, 8′, 11′, 12′, 15′, 17” and 20′. At this point the referee will end the third period with a score of (8-0).

After the period of oxygenation has passed, both teams return to the referee’s disposal.

By the last third of the year, the sky had become milder again after the rain. The spectators who had been forced to take shelter could come back to watch the last moments of the game. The Academicians were already leading four goals from the start at 41′, 42′, 43′ and 44′ before being stopped in their tracks by the visitors at 45′. But Anaadem Samuel and his classmates did not want to ease off the accelerator. They will score successively at 46′, 50′, 53′, 54′, 56′, 58′, 59′ and 60′. This third period will end with a score of (12-1).

An example of dedication

FC Mopti’s young coach, Boréma, travelled to Bamako with nearly forty Mopti kids. To the question, why travel this great distance for the pleasure of playing against the Academy?” No, not too much especially,” he replied before continuing. “Since our arrival, we have played against other youth teams in the capital. But how could we leave without at least playing against one of the best if not the best training centre in the country? The kids would be mad at me. For us, the important thing was not to beat the Academy but at least to give pleasure to the kids. We are at the end of school holidays for most of the children; the idea of giving them such an opportunity to see a little elsewhere was also one of my concerns,” he concluded.