LIMOGES CLUB SHOULD BE REACHED BY JEAN-MARC Guillou ACADEMY 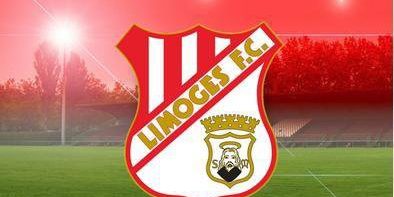 The Limougeaud club should establish a relationship with Jean-Marc Guillou’s academies, which are internationally recognised for their expertise in training.
Limoges FC, which is being rebuilt step by step, could be backed by a structure that is well established in the middle of the game. Advanced discussions are underway between the club and JMG Football, which manages the academies set up by Jean-Marc Guillou (former international player converted to training) and established on several continents over the past twenty years, mainly in Africa and Asia.

“We heard that a project was being set up in Limoges FC with a philosophy close to ours,” explains Vincent Dufour, general manager of JMG Football. Namely: a sports project based on training that gives some importance to the educational, civic and integration through sport aspects.

A framework that has shaped Jean-Marc Guillou’s academies since their creation. “We welcome our students at the age of 12 to stay between six and eight years in our structure. In addition to sports training, our project includes schooling with real values that we pass on to them. We are not only players but also men,” says the former coach of Romorantin and the Chamois Niortais.

The new LFC project is therefore moving in this direction and Vincent Dufour, who met with the LFC leaders yesterday, was seduced by the idea of this emerging collaboration. “Getting closer to Limoges FC makes sense. Their project, which is based on the same values, is led by Colbert Marlot, whom I know well, and by a team of young and dynamic leaders. And then, Limoges, it’s a football land with a certain potential.

In practice, this merger could result in strong operations. “Already, we can give them a hand with the youth part, with help in training educators,” says Vincent Dufour. As for the first team, it is a question of providing technical assistance by lending players from our academies so that they can touch life in Europe with their fingers and have a first experience with real requirements. »

The general manager of JMG Football, who met with the Limousin managers yesterday, is satisfied with the enriching exchanges of this meeting. “There is a real interest on both sides. We have a common language on this collaborative project. We have to move on to the concrete, but I think it is well on its way to being realized. »

The signing of an agreement recalling the foundations of this future collaboration is clearly envisaged with the hope that it will be implemented during this season.